Martina has composed many solo and ensemble pieces for the stage, often for productions she has been involved in as a musician and performer. She also composes for festivals, for film and for choirs. As a recipient of the Britten-Pears Foundation’s Creative Retreat, she has recently enjoyed the opportunity to concentrate fully on composing.

Martina is an associated member of the Natural Voice Network and one of her songs features in their recent compilation This Room Sings. Martina’s choral compositions have also been performed at festivals such as the Totally Thames Festival (Sing for Water) and The Big Data Sing (UCL) and in performances with the London Bubble Theatre and the new factory of the eccentric actor.

In February 2020 Martina’s vocal score for the three witches was performed in a RADA production of Macbeth:

The Big Data Sing: a song cycle commissioned by UCL Culture in 2017

“…Throughout the evening, the Big Data Choir performed a number of big data related renditions, composed and conducted by Martina Schwarz, in the majestic Grant Museum of Zoology.
Songs about the opaque and mysterious nature of cloud storage solutions, and the ridiculous number of zeros associated with various units of data storage (yottabyte, anyone?) were among the most amusing hits, and provided a welcome respite from the mind-boggling topics being discussed…
All in all, Big Data Sing was one of the highlights of the Transformative Technologies Festival. The mixture of academic discussion, debate and music proved to be a hit, and the audience members went home with enhanced understanding of a defining feature of the modern world: big data” Excerpt from the “Big Data Sing” report by Oliver Patel (UCL Culture 08/17)

The old one by Martina Schwarz

“A cinematic documentary about the survivors of a women’s camp based in North Germany in which the Germans put a number of Polish women who took part in the Warsaw Uprising. Interviews with various survivors who talk about their lives and experiences in the camp and live in exile after liberation as many did not want to return to a Poland that now had a Soviet-style regime.” – BFI   Buy on Amazon UK 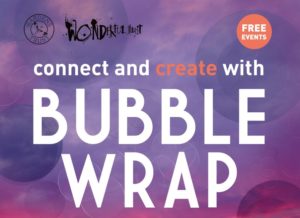 Martina will be part of the creative team, delivering a wonderful series of online music, dance & storytelling events produced by Wonderful Beast Theatre Company and Wardens Trust. Find out more about these entertaining, social, interactive & free sessions in the flyer and in this video!

“Ohrwurm” (Earworm) – a collaborative puppetry work created by members of the Little Angel Theatre. Earworm and music by Martina Schwarz. Watch it here.