A journey around the world, visiting many musical traditions as well as own compositions – find out more.

July 2020: Creative Retreat with the Britten-Pears Foundation in Aldeburgh

March 2020: Martina composes music for the three witches in the RADA production of Macbeth

February 2020: Creative Retreat with the Britten-Pears Foundation in Aldeburgh 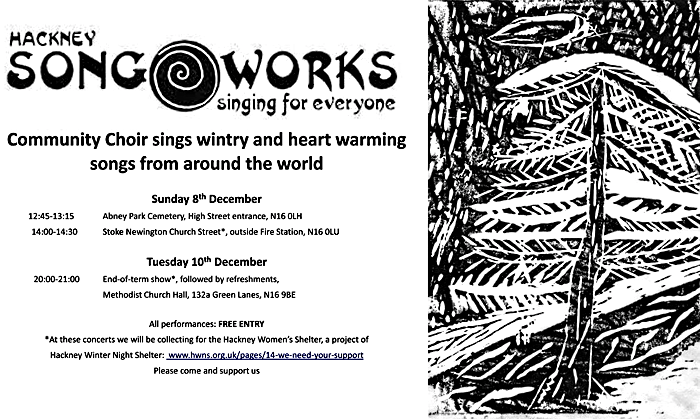 October 2019: Creative Retreat with the Britten-Pears Foundation in Aldeburgh 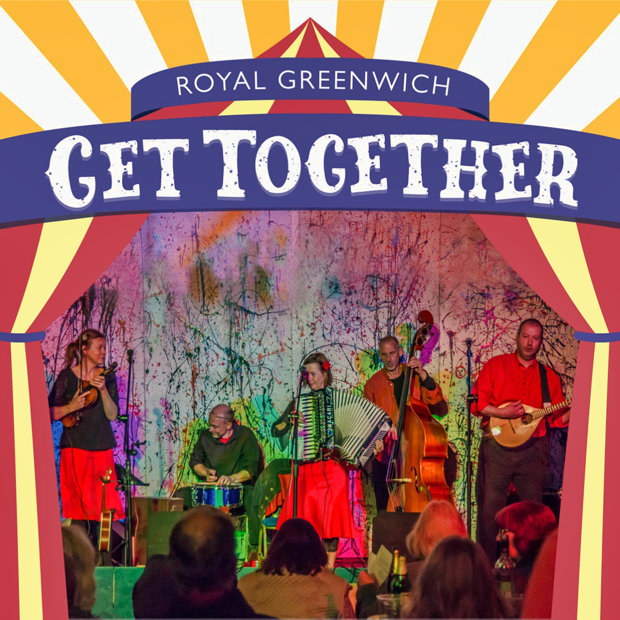 Palavah band will also be playing on 21st June and 26th July at the Wonder Pub in Enfield, 9pm and Sunday 30th June 2019 1-3pm at Lavender Primary School garden party and fayre.

playing at the Gospel’s Mission Hall at 4pm to help to save the lovely building. 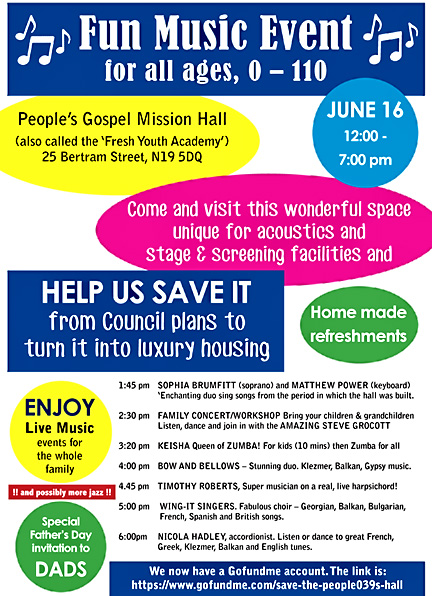 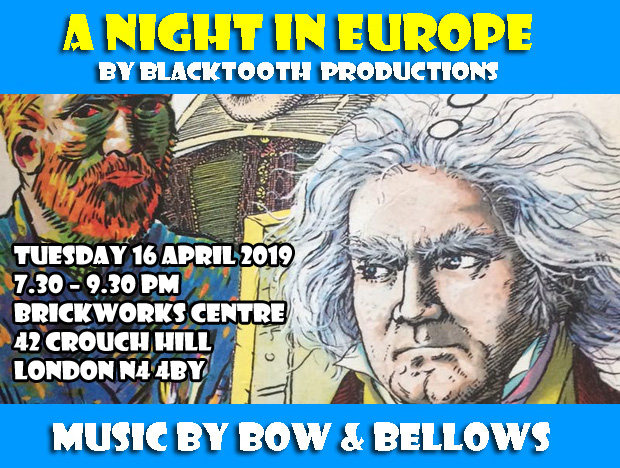 March 2019: Creative Retreat with the Britten-Pears Foundation in Aldeburgh

Martina’s choir Hackney Song Works will be part of the 215 strong chorus in ‘Memorial ‘at the Barbican (27-30th Sept 2018). The staging is based on a poem by Alice Oswald, with an original score by the wonderful composer Jocelyn Pook.

The atrocities of war never cease to haunt, and Alice Oswald’s 2011 poem ‘Memorial: An Excavation of the Iliad’ is one of the more powerful recent meditations on the theme of battle.
Now Oswald’s verse has been adapted for the stage by Australian company Brink Productions, which is bringing the show to the Barbican for its UK premiere between 27 and 30 September 2018. Featuring a score by Jocelyn Pook, the production boasts a community chorus of the same size made up of local choirs including Song Works Choir Hackney.

Bow and Bellows (Sally Davies and Martina Schwarz) “a stunningly versatile violin, horn and accordion duo” perform in Crouch End Chronicles, a Blacktooth Productions show. As always it mixes readings, live music and raucous anecdotes, and digs into the local history and the characters who have helped make it.

Martina’s composition “L’eau de l’eau!” at Sing for Water London. A spectacular concert led by the fantastic Katie Rose and Michael Harper as part of the Thames Festival Programme, the event was co-founded in 2002 by renowned composer, singer and musical director Helen Chadwick and the Thames Festival Trust (video recording: Bryan James)

Martina was commissioned to write a cycle of songs for this interactive and innovative event, performed by a scratch choir at the Grant Museum of Zoology London. Songs include ‘Big Data’, ‘Love Bytes’ and ‘Stored up in a cloud’.

June 16 is a big day for James Joyce fans. It is the day on which his masterpiece, Ulysses, is set. We’ll be celebrating in style, with readings from the novel which mix raucous humour, sexual frankness, Wildean wit and a wonderful evocation of Dublin life. The cast includes Nora Connolly and Oengus Macnamara, with live music from Sally Davies and Martina Schwarz. ‘A Journey Round Ulysses’ was part of this year’s Crouch End Festival at the Town Hall. 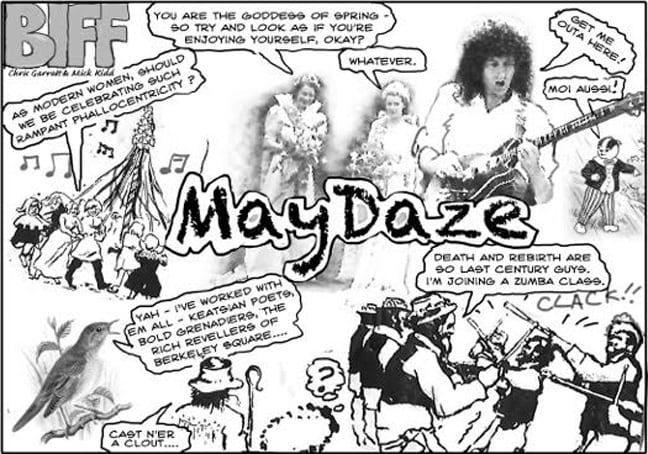 A celebration of the joy of spring, as seen by novelists, poets, natural history writers, diarists and wits through the ages. May Daze, produced by Blacktooth Productions, combines anecdotes, jokes, stories and music, with readings from DH Lawrence, Virginia Woolf, Robert Browning, the Bible, Kenneth Grahame and many others. Kate Walsh and Daniel Dresner performed the readings, with music from Sally Davies and Martina Schwarz.

Please check back later for news of future events and meanwhile watch out for Martina in Palavah: 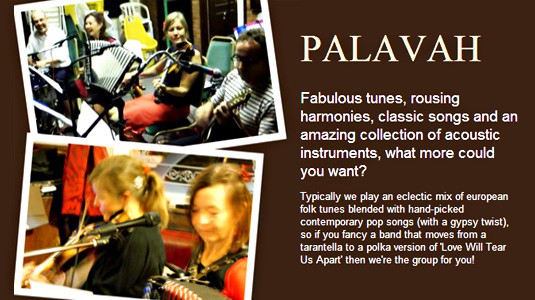 “Ohrwurm” (Earworm) – a collaborative puppetry work created by members of the Little Angel Theatre. Earworm and music by Martina Schwarz. Watch it here.

17 October 2020 a live solo gig in Lancing, Sussex: a journey around the world, visiting many musical traditions as well as own compositions.