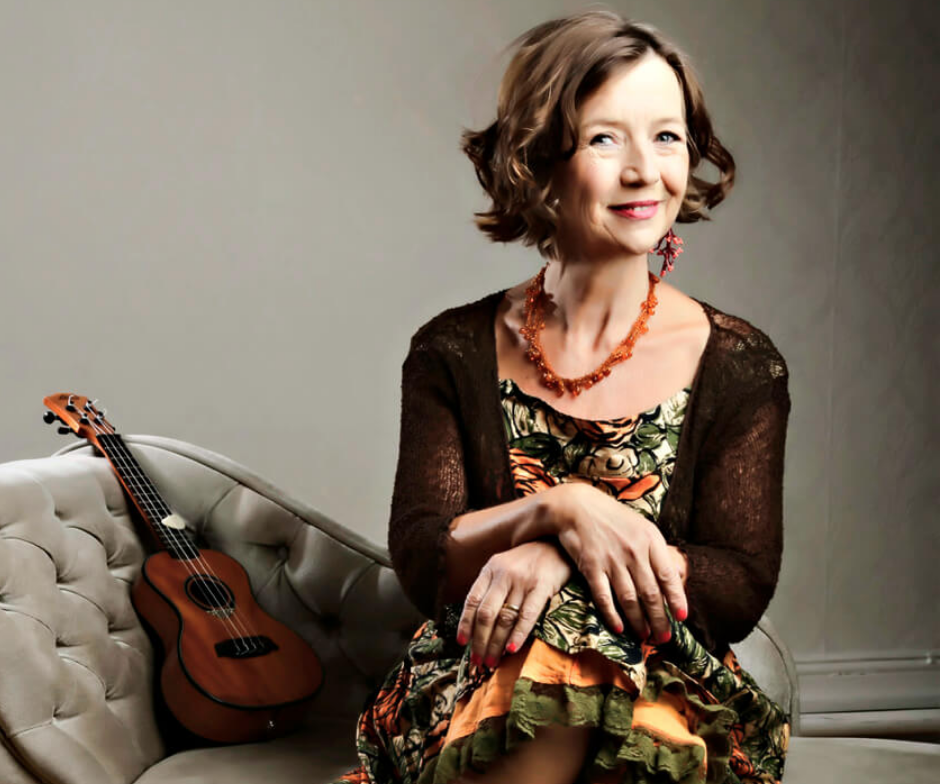 It wasn’t Martina, aged 13, who was looking for an accordion, it was her brother’s little Hohner piano-accordion which, feeling rather untouched, found her and wouldn’t let go of her…

Martina holds a degree (MA in Educational studies from the University of Cologne) and trained with Philippe Gaulier (theatre), Monika Pagneux (movement) and Philippe Picot (accordeon) in Paris. In the mid-80s she performed as an actor/ musician in the renowned  Kölner Stunksitzung (Cologne cabaret) and toured her native Germany with the devised musical “Eine Messerspitze Liebe” as part of the ensemble Gatschek’s Freunde.

Martina had an acting role in the French/German co-production Transit by René Allio (starring Sebastian Koch) in 1989. She was a dubbing actress in La Grande Cabriole, a TV film by Nina Compagnes and was a dialogue speaker on French radio in Vocable (German/ French programme).
Martina taught herself the accordion in her early teens and picked it up again when living in Paris in the late 80s. There she also took lessons with Philippe Picot and her repertoire of French chansons grew quickly, a genre she has been fond of since her teens. Her playing over- and underground in Paris led to more interesting musical theatre work and she started to recognise and nurture the composer within her.

Meeting an Englishman in Paris brought Martina finally to London where she achieved a teacher’s diploma (LTCL) in music education at Trinity College London. She has been based in London since 1990.

Martina loves the variety of her work. She is passionate about writing music for theatre and film, enjoys all gigs, whether solo or with others. She enjoys arranging songs and teaching them to her community choir as much as enchanting children all over the globe with her catchy language learning songs or watching patients’ faces lighting up when performing in hospitals and day centres. Music is such a magic communicator and healer!

Apart from playing solo Martina currently performs with the versatile duo Bow and Bellows, in the 5-piece band Palavah, with the wonderful Klezmer band Freylekh and cellist extra-ordinaire Chris Allan. She keeps touring her language learning songs worldwide and also creates and provides music for Bronia Evers’s wonderful storytelling in One Moment in Time’s productions.

Martina teaches the accordion and won the composer’s competition for accordion in 2006 and again in 2009.

8 July: “The Summer of Love”, a celebration of Sixties counterculture, from Laing to Leary and the Doors. Readings, live music, wild anecdotes, part of the Crouch End Festival, 7.30pm at the Moravian Church Hall, Priory Road, London N8 7HR.  Tickets for this Blacktooth production here. 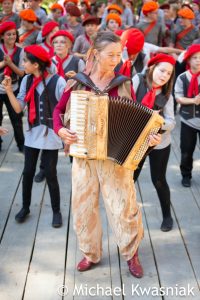